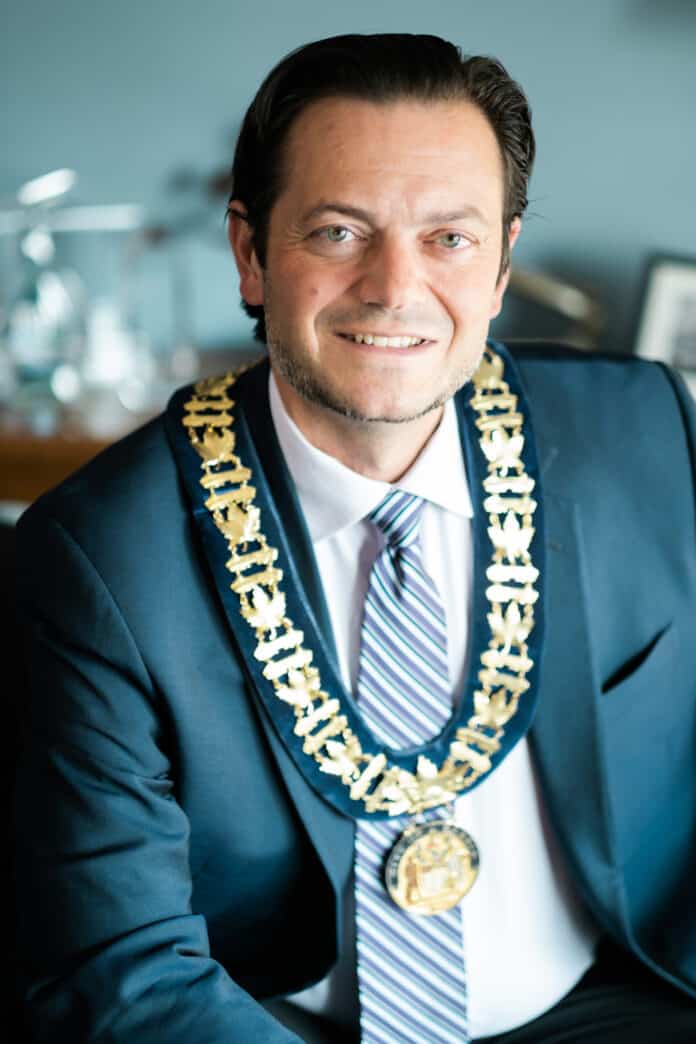 A global pandemic and an EF2 tornado have shaped the latter half of Barrie City Council’s most recent term, but because of the overwhelming support from residents and businesses during these unimaginable challenges, our city continued to grow and prosper, and the construction industry forged ahead through it all.

The total approximate construction value of building permits issued in 2021 was an astounding $600 million, which included 2,259 building permits. There were 370 development applications; residential projects made up 48% of applications and of those, 59% were high density projects (multi 3+ units and apartments) and 34% were mid-density (townhouses). All helping us to meet density targets.

To accommodate this development growth and the significant growth that is still to come with an expected population of 298,000 by 2051, the City adopted a new Official Plan after extensive public engagement. We have also made significant investments to help build stronger neighbourhoods, improve the ability to get around, and support a vibrant and safe downtown.

Some of these investments include refreshing the Painswick Library Branch and welcoming a new library branch in the Holly area. The City has also initiated design and site works for the Allandale Transit Mobility Hub, a modern inter-regional transit hub within the Allandale area, and a Downtown Mini Hub to host transit services and connections.

The Dunlop Streetscape construction project created a re-energized and fully accessible main street in our downtown core. Council endorsed in principle the concept of a Barrie Bayside Market area centred around the conversion of the existing Maple Avenue transit terminal into a year-round market. The planning for a new Performing Arts Centre also continues.

The City also committed $18.6 million to accelerate the infrastructure development on some employment lands as part of a strategy to ensure large parcels of land are ready for future business and employment opportunities.

More innovative and citizen-driven solutions have also been introduced. The City’s online APLI application tool has been expanded. We have implemented improved efficiencies in the tendering process with the contract module of E-tendering platform. We launched Service Barrie Online allowing residents to submit service requests, receive real-time updates, be notified when a service issue has been resolved, apply for pre-approved payment plans, and more. We also launched the official City of Barrie mobile app in 2022 offering convenient access to services and popular information.

Finally, the goal to create 840 affordable housing units in Barrie by 2024 was surpassed and by the end of 2021, approximately 965 new affordable units had been created. City Council also adopted by-law amendments to allow affordable housing within Institutional zones and approved the New Foundations fund which provides select property owners, based on zoning eligibility, with a chance to apply for affordable housing feasibility study support.

The construction industry plays an integral part in community growth and prosperity, from helping to improve infrastructure, to building affordable housing and community facilities. None of this would be possible without the dedication and hard work of the construction industry. You have proven yourselves resilient over the last few years and I commend all the work we have done together to keep our community moving in the right direction.