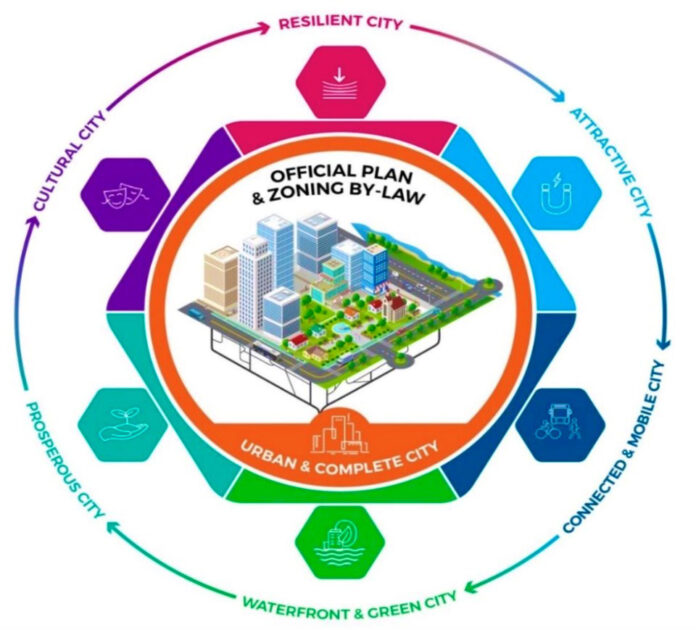 Barrie council is expected to approve the city’s new Official Plan this fall.

‘One City, One Vision, One Plan’ establishes the structure to manage how and where Barrie will grow until the year 2051.

“It’s a road map to our future. The plan provides the direction for Barrie’s growth for the next 20-plus years. The plan responds to our community’s land use, development and conservation goals,” said Michelle Banfield, the city’s director of development services and chief architect of the new OP. “We want to plan for responsible growth, with community input.”

Al McNair, an east-end Barrie resident and planner, attended the public meeting to remind councillors of the broad scope a new OP will have.

“I think we need to remember that we’re planning for a city that works for people and their neighbourhoods, at a human scale and that includes natural heritage areas, not just the roads,” he said.

The new OP will also assess land needs for people and job growth.

Half of Barrie’s future growth is to take place within the current built-up area, the other half in the former Innisfil land, the Salem and Hewitt’s second plan areas.

“Nothing in this Official Plan is intended to impact any existing approvals or projects that are going through the approvals process,” Banfield said. “Certainly, shovels in the ground are not going to be impacted by the new Official Plan.”

City staff will return to council in the fall of 2021 to seek approval and adoption of the new OP.