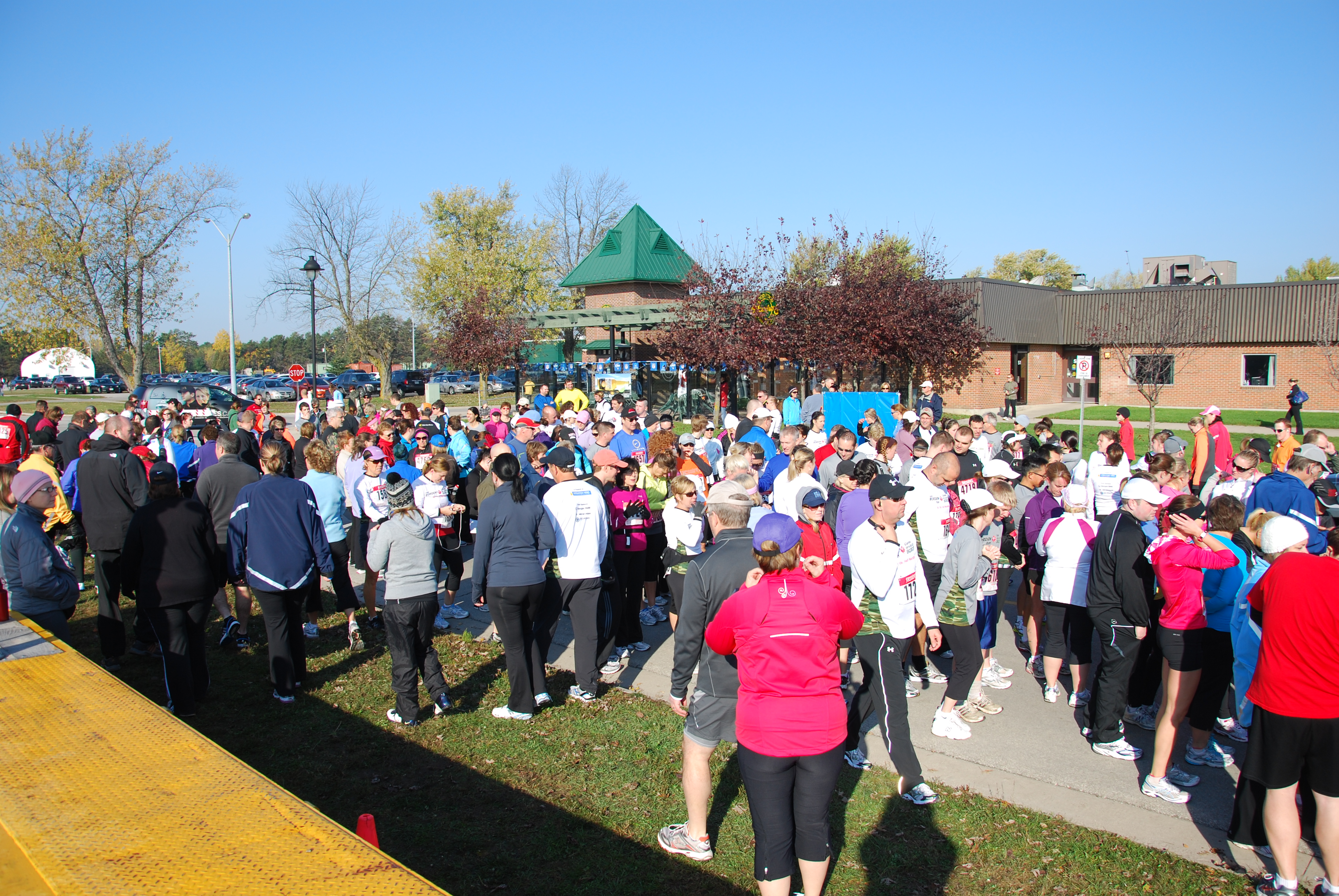 The final numbers raised at the 2013 Base Borden Run held on Oct. 20 have been tallied and it is good news for military family members pursuing an education at Georgian College.

“An incredible $24, 239 was raised this year with over 600 participants lacing up for the race,” said Anita Stacy, past president of the Barrie Construction Association, and a co-founder of the run.

“Together with the Simcoe County Home Builders’ Association, Base Borden, Georgian College, and our incredible sponsors and volunteers, we were able to put on a first rate running experience for a great cause for the fourth year in a row.”

Operation Hero was launched in 2010 by Barrie businessman and CFB Borden Hon. Col. Jamie Massie. Over $815,000 has been raised for the scholarship from many generous donors across the community and beyond. Over $100,000 has been raised from the Base Borden Run in the last four years.

Matt Pryce, from the Simcoe County Home Builders Association and the other co-founder of the event, points out another benefit “the event continues to build community between CFB Borden and its neighbours. It is a privilege to work with Base personnel and to see the Run grow.” Canada’s largest military training base, CFB Borden trained over 18,000 students last year, and employs over 3200 permanent military and civilian personnel.