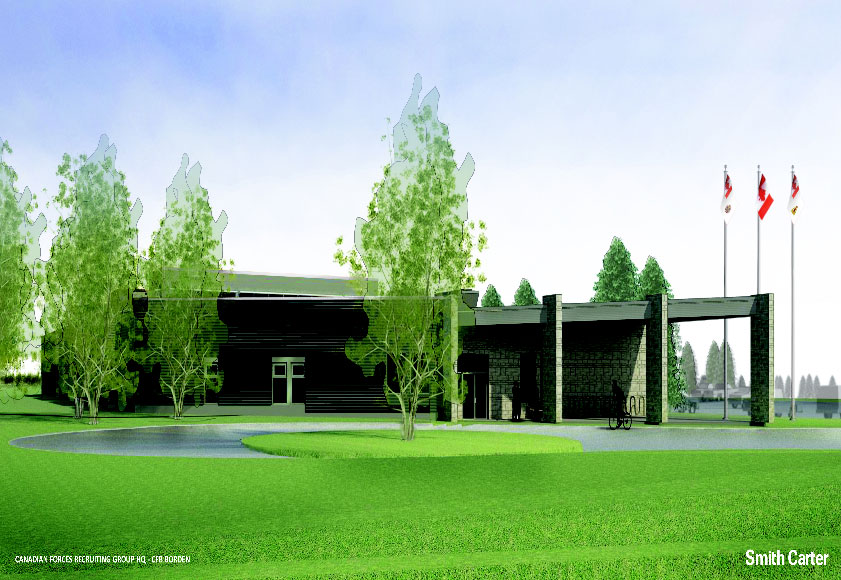 Millions of dollars of construction work are under-way and planned for Canadian Forces Base Borden, creating opportunities for BCA members who either qualify for the contracts or can work as sub-trades or suppliers to the successful contractors.

The projects are part of a 25-year master real property development program and will make the base more efficient and ready to serve troops in the coming decades.

Here is a summary of some of the projects:

Work started in July 2012, and the project is due to be completed, including LEED monitoring, by August, 2014, says Defence Construction Canada (DCC) site manager Steve Cromwell.

A Department of National Defence news release says the overall project value is $13.75 million.  The project was originally announced in 2009.

The project is for the construction of a new “purpose-built 7,199 sq. m. gross integrated healthcare facility” will be on a site “that is capable of accommodating future growth and is closer to the prime client population.”

Mississauga-based Graham Construction and Engineering Inc. has won a contract with a construction estimate of $30 million to build a new military police academy. The new academy will aim “to consolidate the functions of the CFMP Academy into one building and provide a modern facility that is able to effectively accommodate the increased demand and specialized training of CF Military police personnel,” say the DCC documents.

The project’s overall value is now estimated at $54 million, which includes studies, design, administration, contingencies and taxes, as well as construction. The design-build contract is due to be completed in 2015, and the government said the project could help to provide or maintain up to approximately 170 job opportunities.

“These are the types of projects that also bring significant economic benefit to local and regional economies such as ours,” said Kellie Leitch, the MP for Simcoe County at the groundbreaking in April.

The project has a construction estimate of $42 million for a new 13,329 sq. m. building to “accommodate all the organizational components of the Canadian Forces School of Electrical and Mechanical Engineering (CFSEME).”

At press time, plans were on display at the BCA’s plans room, with a closing date for tenders to submitted there by 2 p.m. on August 13.

The award date and project conclusion for the two-storey building are still to be determined.

Work continues on the $18.29 million new dining hall at CFB Borden.  The new 6,133 sq. m. single-storey kitchen and dining facility can feed approximately 1,500 persons per meal on base’s south side.  The contractor is Maram Building Corp., based in Woodbridge.

Other projects are planned or in the works at CFB Borden, creating years of work and opportunity for the local construction industry.

“The plan over the next 25 years is to consolidate the footprint of the base, creating an environment where students are able to easily walk between key facilities like dining facilities, training facilities and barracks,” Michael Drake, DCC program support team leader, said in an earlier interview.  “This means making everything more energy efficient and consolidating where we can, reducing roads and infrastructure.” 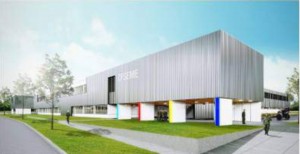