I’m pleased to write once again for the Barrie Construction Association’s annual publication on behalf of the Council of Ontario Construction Associations (COCA).  By way of introduction, COCA is a federation of 29 construction associations. Through the federation, our membership represents approximately 10,000 general and trades contractors of all sizes who work in all regions of the province in the industrial, commercial and institutional parts of our industry. We are mandated to work with our members and with senior officials at Queen’s Park to ensure the legislative and regulatory framework in Ontario supports success in the construction industry and broad prosperity across the province. We are your voice at Queen’s Park.

Examples of some of our recent accomplishments include the following:

These are the highlights of the last twelve months at COCA. I trust the members of the Barrie Construction Association value these efforts.

On behalf of our 10,000 general and trade contractor members I wish the members of the BCA much success in the construction season ahead. 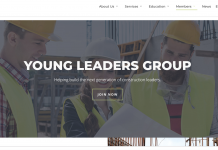