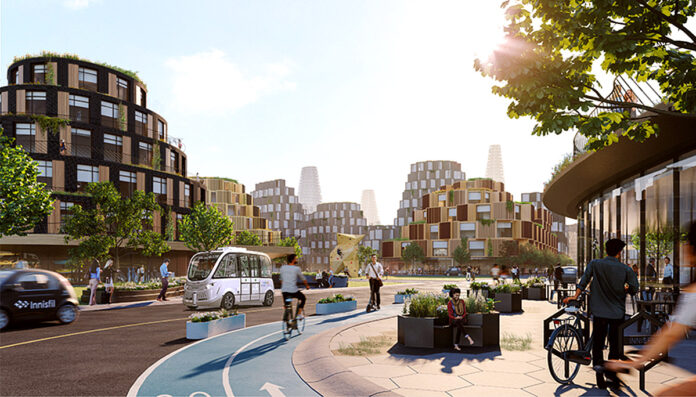 A minister’s zoning order (MZO) has been approved to designate rural lands on the 6th Line of Innisfil as the town’s future Orbit transit hub.

The MZO is expected to expedite building of Innisfil’s new GO station, as well as the planning process for the surrounding Orbit development — a massive community that town officials say will be “sustainable, inclusive and technologically advanced”. The MZO approval will help Innisfil get shovels in the ground faster, secure private investment, and support local priorities and economic recovery as the province emerges from the COVID-19 pandemic.

“Today’s announcement is a good example of how our government is using Minister’s Zoning Orders, in partnership with municipalities, to help get shovels in the ground quickly on important projects that will benefit residents for generations,” said Steve Clark, minister of municipal affairs and housing. “This is an exciting community-building project and I am proud to be able to support the Orbit transit hub.”

Cortel Group has agreed to help fund the GO Station and build a master-planned community around it that would be so large in size, it would require support from other developers. The Innisfil GO Station, the first phase of the development has an estimated completion date of 2022.

Once the GO Station is complete, the rest of the project will be built in increments and phases throughout the years. The proposal for The Orbit will be based around the future GO Station that will run along the Barrie corridor and connect to other parts of the GTA until reaching its final destination at Union Station.

In 2019, Partisans — a Toronto-based architecture studio — was awarded the contract to create the vision for the Orbit. The lead developer for the area, Cortel Group, has decided to move forward with the ambitious vision that will see the new Transit Hub and Orbit community built around the area of 6th Line and Metrolinx Rail line.

This new Innisfil Transit Hub and surrounding residential, employment and community uses will incorporate the design principles of sustainability, placemaking and culture, technology, and economics.

Council endorsed the draft MZO, which was submitted to the Minister of Municipal Affairs and Housing (MMAH) for his consideration in November 2020.

The MZO includes guidelines for how the land immediately surrounding the transit station (i.e., land within 425 metres of the proposed GO station) can be used, including for spaces like retail, business, residential, affordable housing, recreation and more, as well as protection of key environmental features, including woodlands and wetlands. The lands outside of this area will be addressed in the future through a Secondary Plan, where the Town will once again look for input from the community later this year. 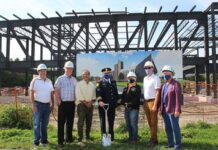 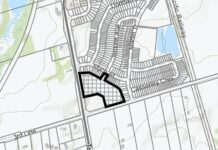 Proposed townhouse development gets thumbs down from New Tecumseth