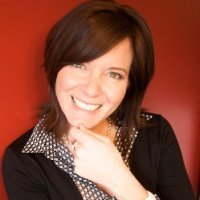 Barrie Construction Association’s past president Katherine Van Leeuwen is set to meet face-to-face with Tony Dean on April 29, to provide points of clarification on the BCA’s written submission as part of Dean’s review of the Ontario College of Trades (OCOT).

After an extensive opposition campaign around the OCOT, Premier Kathleen Wynne committed to appoint an advisor to review the College, the BCA said in a news release. “This promise was a victory for the BCA along with the Ontario Skilled Trades Alliance (OSTA) as the College’s operating processes will be reviewed by Tony Dean.”

Dean will advise and make recommendations to the Ministry of Training, Colleges and Universities (MTCU) on the following issues:

Dean received 107 submissions from College trade boards, individuals, single-trade and trade sector employers and unions, training providers and independent businesses. Both the OSTA and the BCA made submissions to Tony Dean on behalf of their members. The review will engage stakeholders through these written submissions and through oral consultations.

A final draft of Dean’s report is to be submitted to the MTCU no later than August 2015. Following delivery of the report, MTCU and OCOT will have the opportunity to review it and provide “factual or editorial comments or corrections” before the report and its recommendations are published.

Publication of the final report and recommendations is likely to occur before the legislative break for Christmas in December 2015 (based on current scheduling).