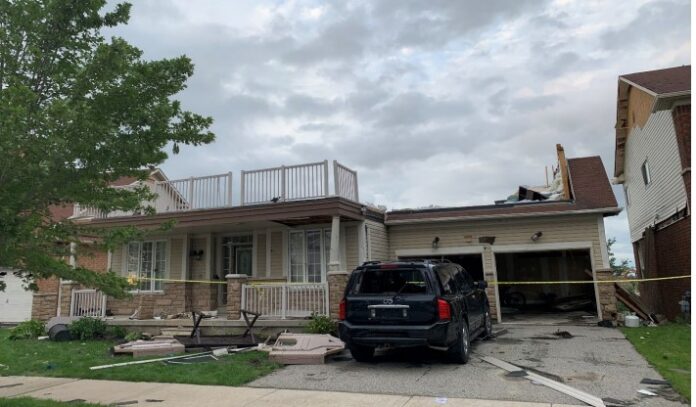 Michael Janotta, chief building official, submitted a report to the Ministry of Municipal Affairs and Housing requesting a mandated set of changes for all new houses and other stick frame residential construction.

Barrie was hit with an EF-2 tornado last July and requests to amend the Building Code to require hurricane straps on all new houses started soon after.

“Fortunately, this event created no fatalities, but the damage was devastating,” Janotta wrote in the report. “The tornado provided an opportunity to see the weaknesses in how houses are currently built. The tornado dismantled homes to varying degrees. What was left provides insight into how things can improve. Paying attention to specific construction details would significantly reduce repair costs, disruption to life and potential loss of life for affected homeowners.”

“Over the last 9 months, I have researched information about tornados, looked at the specific damage in Barrie, reviewed the current Code provisions and met with industry experts to determine if and how such devastation could be reduced or possibly eliminated,” Janotta wrote to the ministry.

“The results of that work suggest that it is quite likely that most of the structural damage, which occurred because of the EF2 tornado, can be significantly reduced or eliminated. Paying attention to specific construction details would significantly reduce repair costs, disruption to life and potential loss of life for affected homeowners.”

Janotta admits there is a cost associated with improving the construction to provide more resilience for buildings.

Paul Kovacs, founder of the Western University-based Institute for Catastrophic Loss Reduction has urged Barrie councillors to write a letter directly to Premier Doug Ford to ask that the province make hurricane straps and other safety measures in place.