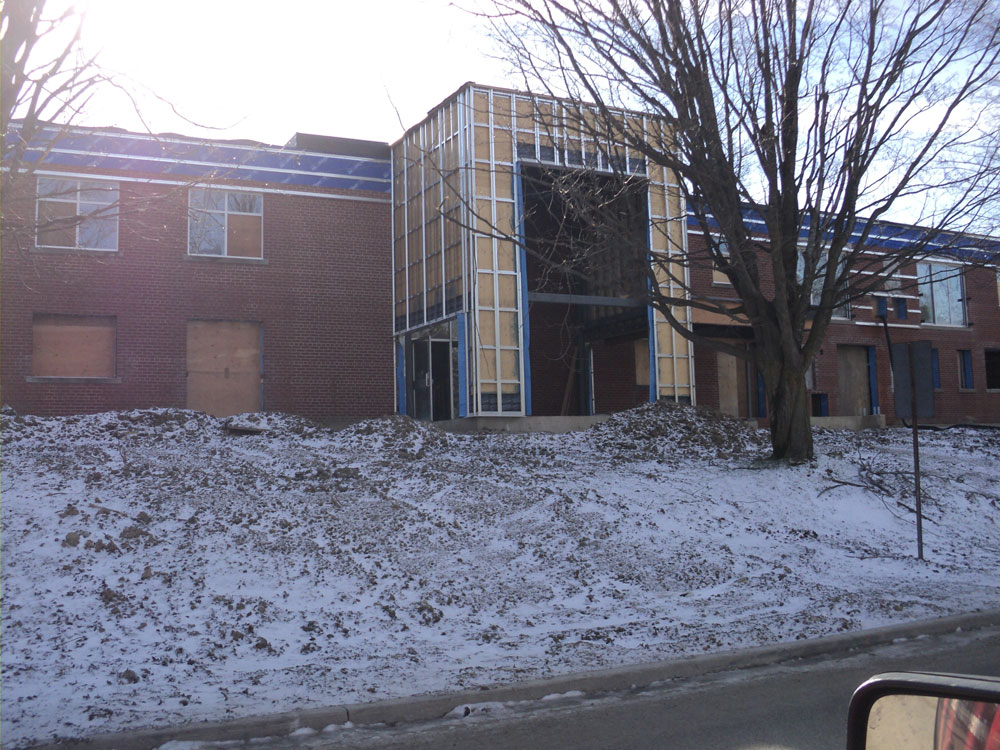 The former Shelburne District Hospital, closed in 2010, after a hospital amalgamation and modernization initiative, has been transformed into housing through a $4.5 million reconstruction and restoration initiative.

The project has been designed by Dickinson + Hicks Architects Inc. and constructed by Bertram Construction (Ontario) Ltd.

The Dufferin County building includes 10 affordable units and 14 municipally-controlled units. Three are barrier free. The building has set aside 3,417 sq. ft. of ground floor space, which the community hopes will be used for a walk-in medical clinic to fill the medical void caused by the amalgamation.

The 50-year old former hospital has been gutted. The exterior shell has been retained, but it has new HVAC, electrical, sewer and stormwater systems. Windows have been replaced with more modern, higher-efficiency models. Spray insulation has been added to both floors and an additional eight inches of insulation has been added to the roof to improve the building envelope. Exterior cladding has put a new face on the building and modernized its look.

Bertram’s project manager Mark Campsall says the renovation has breathed new life and purpose into the building. “There is still a monument on the side of the building that marks when it was first built but otherwise it is fresh and new and will well serve its new purpose.”

Campsall says the first wave of tenants moved in July 1 and the second wave will move in Aug. 1. The project team is wrapping up final deficiencies now.

The province contributed an $852,000 affordable housing grant, with $10,000 in Canada Mortgage and Housing Corp. seed money. The balance will be covered through the county’s rate stabilization fund and an estimated $1,980,000 from development charges over the 20-year life of an infrastructure funding loan.