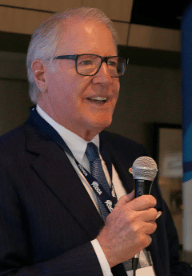 It is a pleasure to have the opportunity, once again, to provide this report from your provincial construction federation, the Council of Ontario Construction Associations (COCA).  Members of the Barrie Construction Association (BCA) will know that COCA is mandated to work with its members and with senior officials at Queen’s Park to ensure that the province’s laws and regulations support success in the construction industry and foster broad prosperity across Ontario.  COCA is your voice with the provincial government.

At time of writing, the Ontario general election took place just 90 days ago.   The election had few surprises.  The result was pretty much what the pollsters had predicted.  Turnout was extremely low as only slightly more than 40% of eligible voters decided to cast their ballots.  Of that 40% of eligible voters who voted, approximately 40% voted for the Ontario PC Party, 24% voted NDP, 24% voted Liberal and 6% voted Green.  One of the surprises, because of the way the votes were distributed or concentrated across all the electoral districts in the province, was that this vote share delivered 83 seats (66.9% of the seats) in the province’s 124 seat legislature to the PCs, 31 to the NDP, 8 to the Liberals, 1 to the Greens and 1 Independent.  There was a nail-biter in the Barrie area in the Barrie-Springwater-Oro-Medonte riding in which two top notch candidates, the highly competent attorney general from the previous parliament Doug Downey for the PCs facing off against the popular mayor of Barrie Jeff Lehman for the Liberals with Downey coming out on top by about 300 votes.

Prior to the provincial election COCA sent letters to the leaders of all major political parties in the contest in which we laid out our “asks” in the event that their party was elected to form government.  Here is what we asked them to commit to:

These are the priority issues that COCA will be pursuing in our advocacy work on your behalf, as Ontario’s 43rd Parliament swings into action.

As COVID case counts, hospitalizations, ICU admissions and deaths began to subside, I am starting to get out and visit with some of our member associations once again. I look forward to my next visit with the members of the BCA.

Your association is in good hands with solid  leadership.  I can’t close without recognizing your President, Blair Chalmers who represents your interests on COCA’s board of directors, and your Executive Director Alison Smith who actively participates on our Chief Operating Officers Committee,  for their important contributions they  make to our the success of your provincial federation.

Together we are stronger and together we will build a brighter future!