Seven environmental and community organizations have filed a lawsuit against the federal Minister of Environment and Climate Change, Steven Guilbeault. The lawsuit filed in federal court challenges Guilbeault’s “failure to designate the Bradford Bypass highway project for a federal impact assessment”.

The group of organizations had requested a federal impact assessment on the proposed Bradford Bypass which will cut through the Greenbelt, Holland Marsh provincially significant wetland, and headwater rivers at the south end of the Lake Simcoe watershed.

They argue that Guilbeault’s decision was based “not on evidence, but rather unreasonably deferred to the previous Minister’s decision”.

“There are errors of fact in the Minister’s decision that cannot be allowed to go unchallenged,” said Tim Gray of Environmental Defence. “For the sake of Canada’s environment and the communities dependent on it, we must make sure that destructive projects, such as bulldozing a super-highway through one of Ontario’s largest wetlands, receive a proper and thorough review.”

Guilbeault is the second environment minister to reject the request.

“The second request noted that there were significant changes to the context of the project,” Bill Foster, Chair of Forbid Roads Over Green Spaces (FROGS) said in a statement,  “including a significant decline in popular support for the project, and a seriously weakened provincial Environmental Assessment process that fixes the route based on 1997 information.

“As a result, MTO is now no longer required to consider reasonable alternatives to or alternative locations for this highway. Given the serious impacts to fish in Lake Simcoe, we expected the federal government would intervene.”

The purpose of the litigation is to hold the federal government accountable for the proper review of the impacts of the proposed highway, which is needed to understand the full impact of the proposed project on vital habitats, wildlife and watersheds in the area.

“Ensuring that the minister fully and fairly considers requests for federal impact assessments on their merits is all the more important here, where the Ontario government has recently gutted its environmental assessment laws and policies and has now exempted the Bradford Bypass from any meaningful assessment or public consultation despite the potentially severe impacts of the project on Lake Simcoe, the Holland Marsh, and public health,” Miron said. 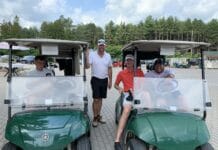 Greatest Essay Tips – How to Write a Best Essay

Essay Papers Forsale – The Way To Obtain Essay Paper Which Is Good Enough For Your Essay?