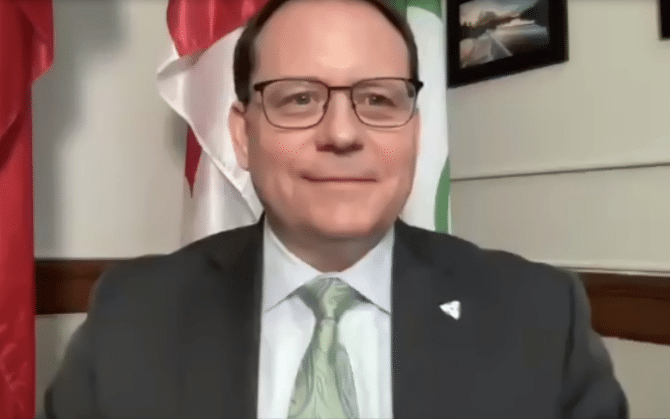 Building the Bradford Bypass and Highway 413 are two of more than 100 actions detailed in the transportation plan released by the province last Thursday.

Also, the province confirmed construction of the largest subway project in Canadian history alongside the expansion of regional passenger rail services, as part of its mandate of a two-way, all-day, 15-minute service.

“Today’s announcement by the Ford government is another step forward in strengthening transit infrastructure in Ontario while generating thousands of jobs for our members and workers across the skilled-trades, while spurring economic development and competitiveness for the province,” said Joseph Mancinelli, LiUNA international vice president and regional manager of Central and Eastern Canada.

“Minister Mulroney continues to demonstrate progressive leadership in investing in critical infrastructure, like Highway 413, that will aim to address future growth and demands of our municipalities with a significant focus on mobility, job creation, improving the flow of goods and services and building a stronger, resilient transit plan for Ontario.”

The Bradford Bypass is a proposed 16.2-kilometre controlled access freeway connecting Highway 400 and Highway 404 across Simcoe County and York Region.

AECOM Canada Ltd. (AECOM) was contracted to complete a project-specific assessment of environmental impacts for the project.

“Our government is saying ‘yes’ to building the roads, highways and public transit needed to unlock our full economic potential and keep our province moving forward,” Premier Doug Ford said in a news release.

“As we attract more skilled workers to Ontario, we need to build more roads and highways to keep up with population growth. Highway 413 and the Bradford Bypass are a critical part of our plan to build Ontario as we connect communities, reduce gridlock and get goods to market sooner.”

Despite opposition to both freeways, Ford says the Bradford Bypass and Hwy. 413 are needed to reduce gridlock, connect communities, and improve people’s access to jobs, housing, health care and education.

“Doug Ford’s transportation plan will pave over our children’s future,” he said. “Doug Ford thinks that the road to the future should supercharge expensive sprawl, ramp up climate pollution, pave over farmland and wetlands, and pollute Lake Simcoe,” Schreiner said. “He has it completely backwards.”