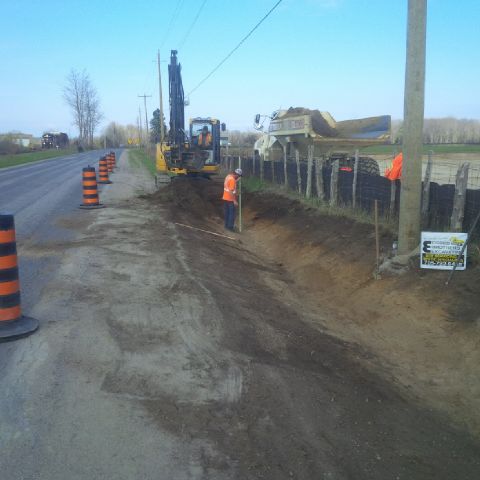 Phoenix, a design/engineer and manufacturer of wood based structural products including roof trusses, wall panels, floor trusses, timber trusses and engineered wood beams and columns, provides its products across Ontario and Quebec and into New York, Ohio and New England.     The company will achieve greater levels of service and quality through its new location, doubling its manufacturing space to 45,000 sq. ft., tripling yard space for product storage, and almost doubling its workforce through the addition of an estimated 100 new jobs for the area.

Grant Gibbons, Phoenix president and CEO, says the new location will allow the company to increase its sales into non-traditional areas, and allow it to manufacture new product lines. “In addition to the plant, we are co-locating the design/sales/engineering office that is currently located in Barrie, which will improve internal communication,” he said.

The project design took into consideration the company’s focus on manufacturing its large building components – some 14 ft. by 100 ft. – and so required a large free span area. The building was constructed on a 25-acre industrial space Phoenix owned.

Eisses Brothers site supervisor Darren Eisses says that the high ground water presented challenges.  As the first contractor on site, he says his team created the starting point for the rest of the work that followed.

The site’s large size meant his team was able to move equipment around easily, avoiding the competing efforts that often impact smaller areas.

Eisses says his team is extremely knowledgeable about site servicing and site grading, and in particular, with the challenges that can impact projects in this area.

Eisses Brothers began in 1973 with Ed Eisses, who was later joined by his brother Carl. Today, the second generation, Darren and Mike, have joined the family business.

From one initial rubber tire back hoe, the company’s fleet has grown to more than 20 pieces of specialized excavation equipment and an experienced team able to handle the most challenging projects. Services include aggregate delivery, septic installation, and site services ranging from residential lot clearing and foundation work to large commercial demolition and installation projects.

Darren Eisses says the Phoenix project was a great one to be involved with, both for what it means for the area, and for the team involved. “It was great working with Bertram and all the local contractors as one team. Everyone knew what needed to be done and worked well together to make sure it happened.”