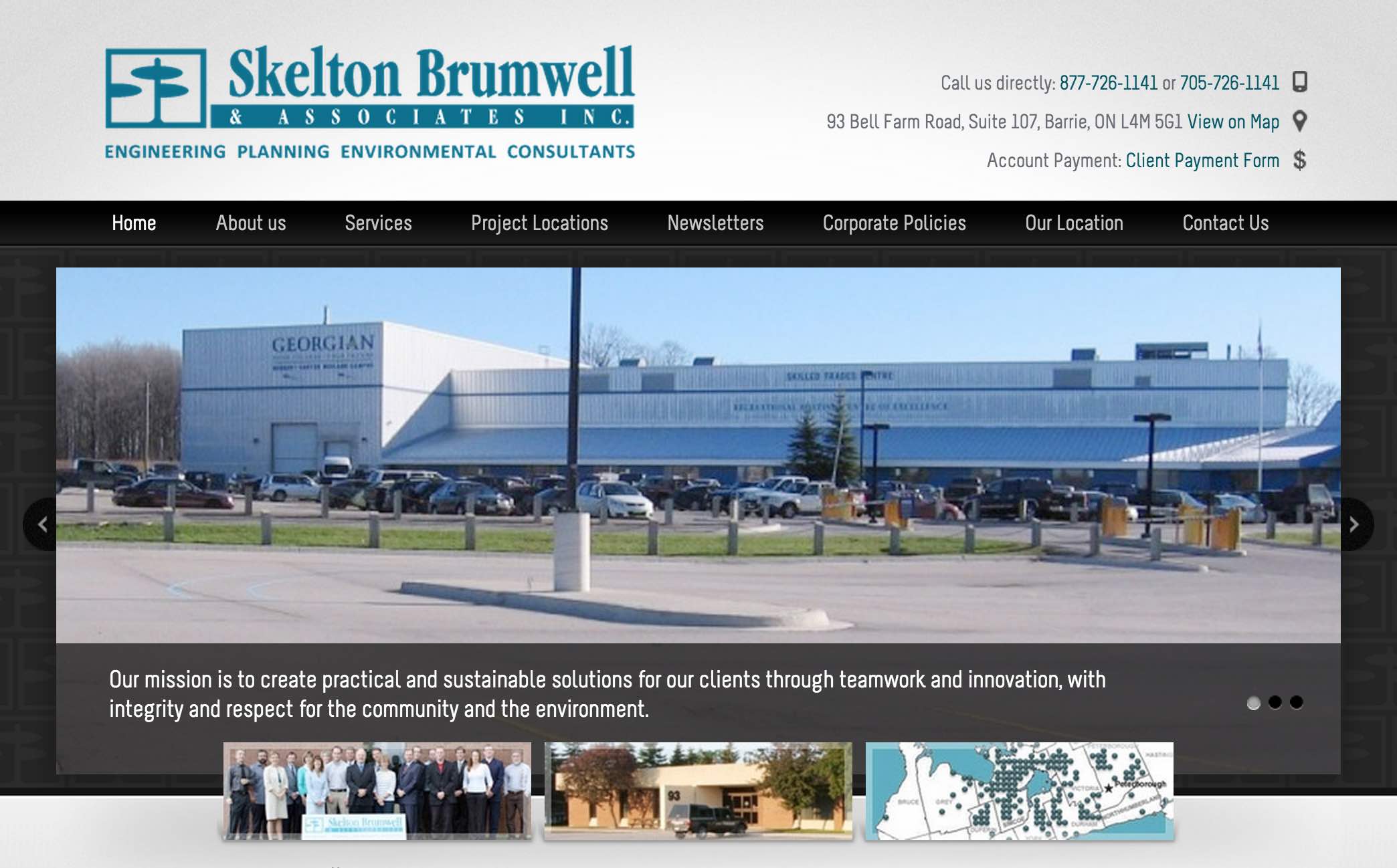 Although Doug Skelton, P.Eng., started his career working for a construction company in Toronto, he knew that the City of Barrie was an area destined to grow, with the need for engineering services.

Together with his original business partner Ross Raymond, Triton Engineering (Barrie) Ltd. was established on April 13, 1970, in a small office at 54E Maple Ave.. The number of projects and staff grew quickly in the early years, including the 1971 hiring of G. Denton Brumwell, P.Eng.

Skelton and Brumwell became partners in 1973, and the rest, as they say, is history.

The company was officially incorporated as Skelton, Brumwell & Associates Ltd. on July 18, 1974, with Skelton as president and Brumwell as vice-president. The firm provided consulting engineering and land use planning services in central Ontario, and later began offering services to the aggregate industry following the introduction of the Pits and Quarries Control Act.

As the business continued to grow and flourish, Skelton Brumwell quickly outgrew its space at Maple Ave. and moved into a renovated house at 49 Mary St. in 1977. The new office space was quickly filled by additional engineering staff, as well as new planning staff, including current partners Gary Bell, RPP, in 1985, Scott Brumwell, P.Eng., in 1987, and Anne Guiot, RPP, in 1989. With the continued growth of the business, the company relocated again in 1988 to 151 Ferris Lane, where the firm dedicated itself to developing additional expertise in the fields of environmental management, impact analysis, and site assessments.

Skelton retired in 1995 after 25 years with the company, and Denton Brumwell became the new president. Both Bell and Scott Brumwell, who had become partners in the firm in 1990, were appointed as vice presidents. The new management team at Skelton Brumwell worked to enhance the reputation the company had achieved for its quality of work, and continued to strive to grow the business. This included the 1998 hiring of current partner Bryan Bolivar, P.Eng.

The company moved to its current office at 93 Bell Farm Rd. in 2000, and following the retirement of Denton Brumwell in 2004, appointed Bell as president and Scott Brumwell as vice president. Both Guiot and Bolivar became partners of the firm in 2010. Skelton Brumwell currently has a full time team of 20, including professional engineers, professional planners, engineering and planning technologists, an ecologist, construction inspection staff, and clerical personnel.

Throughout the history of the firm, Skelton Brumwell has worked with a number of clients on both large and small scale projects. The company’s first client was Devil’s Glen Country Club, for which it completed numerous project over the years. Skelton Brumwell continues to have a very close relationship with Georgian College, having completed many different projects at its campuses in Barrie, Orillia, Midland, Bracebridge, and Owen Sound.

Skelton Brumwell was retained by Barrie–View Farms in 1984 to provide planning and engineering services for the lands at the northwest corner of Mapleview Dr. and Highway 400, which was the first development in that part of Barrie.

Since its inception, the firm has worked on close to 3,000 separate assignments.

Doug Skelton and Denton Brumwell wanted to create a company whose mission was to create practical and sustainable solutions for its clients, through teamwork and innovation, with integrity and respect for the community and the environment. Denton Brumwell died in 2009, and Skelton in 2014.

Their vision for the company though continues with the current ownership group. The management and staff at Skelton, Brumwell & Associates Inc. is proud to celebrate 45 years of service to Barrie and the surrounding area, and as always, will continue to add value to its clients’ enterprises. 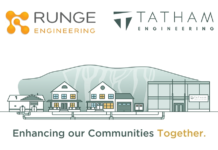