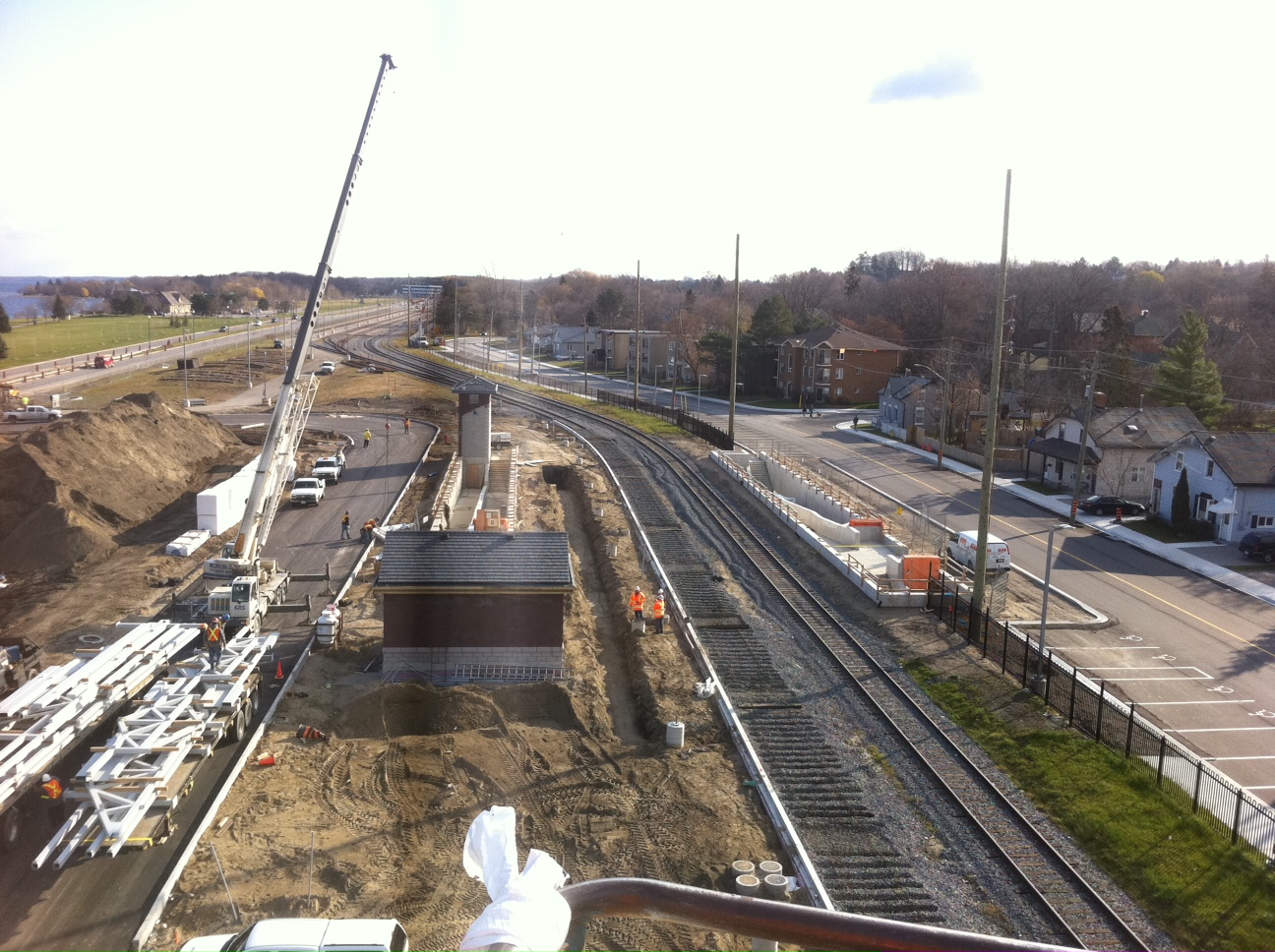 Barrie’s $8 million Allandale Waterfront GO Station is open and rail service has been successfully expanded with the project’s completion.

Coco Paving project manager Tom Thomason says the first phase of the work, tendered through the City of Barrie, included the installation of a pedestrian tunnel, north and south ramps and parking. Phase two, conducted on a tight schedule tendered through GO Transit, involved the construction of the rail and bus platforms, north and south access structures and roadway. “The project began in August of 2011 and had to be completed by the end of January.”

The pedestrian tunnel allows access from parking on the tracks’ south side to the rail and bus platforms on the north side.

Site work included storm and sanitary sewers, watermains, a roadway with two access points, rail and bus platforms, an electrical communication building, the structures on top of the ramps to the north and south, associated lighting and traffic signals, security, a closed-circuit television system and a PA system.

“We also installed eight heated and lighted bus and train shelters, two bike shelters, an emergency generator and a snow-melt system with more than 50,000 feet of poly line filled with glycol fed from three boilers to control ice and snow on the rail and bus platforms,” Thomason said. “The station is fully accessible so also includes ramps to access the rail and bus platforms.”

Bertram Construction built the actual station building. Project manager Mark Campsall says timing was the biggest challenge in erecting the steel and glass. “Essentially we installed two rectangular steel structures with composite shingle environmental roofs and lots of glass for visibility through both,” Campsall said. “The north station has a larger overhang to facilitate train boarding as well as a mechanical tower. Getting the steel on site on time was critical with the deadline we had to work under.”

Campsall says the roof’s lifetime guarantee with steel and glass construction will make these buildings sustainable and easy to maintain for the long term.

Coco, which had worked on a GO project in Barrie previously, appreciated the challenges of working alongside active tracks. “There are two parallel tracks running alongside the station,” Campsall said. “Though the GO track wouldn’t be in service until the station opening, the other track, owned by Barrie Collingwood Railway (BCRY) was active with two trains running weekly.”

Campsall says this proximity to an active track also required  staff orientation sessions  and that any semi-permanent set ups had to be located far enough back from the tracks to accommodate the traffic. “There was constant communication with the rail line and the presence of the flagman to ensure everyone’s safety and a full shut down whenever a train passed.”

Project engineers R.J. Burnside and Associates had responsibility for design, contract administration and project management. Project manager Jim Georgas said a primary challenge was in ensuring what GO and the City of Barrie wanted suited the waterfront location. “This is a station that will be used by GO passengers as well as local residents attending waterfront events,” he said. “Located as it is on the waterfront and adjacent to the historic Allandale station makes this a beautiful and memorable stop.”

Georgas credits the great collaboration of all team members in ensuring the consolidated schedule, and all client expectations, were met.