After four years of extensive public engagement and consultation, the City of Barrie’s new Official Plan was adopted Feb. 14, 2022 and sent to the Province of Ontario’s Ministry of Municipal Affairs and Housing for approval.

City staff are continuing to develop the draft new Comprehensive Zoning By-law and the City-Wide Urban Design Guidelines, which are both intended to align closely with the new Official Plan. In 2022, there will be public consultation on both topics.

The New Official Plan provides clarity of the urban structure needed for better planning of a complete community, provide certainty for investment, and introduce a level of policy direction.

Mayor Jeff Lehman called it a “a dramatically different blueprint for growth” that sets the stage for sustained growth, much smarter growth, more intensification and a stronger focus on public spaces.

Councillors approved the plan say they are trying to create a community where new development fits into the existing neighbourhoods.

Here are some of the changes that affect developers and builders in Barrie:

It’s important to note that the Province of Ontario is the approval authority for the city’s OP, and may modify the City of Barrie Official Plan 2051 before granting approval. 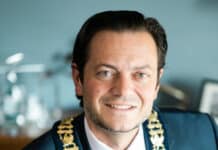