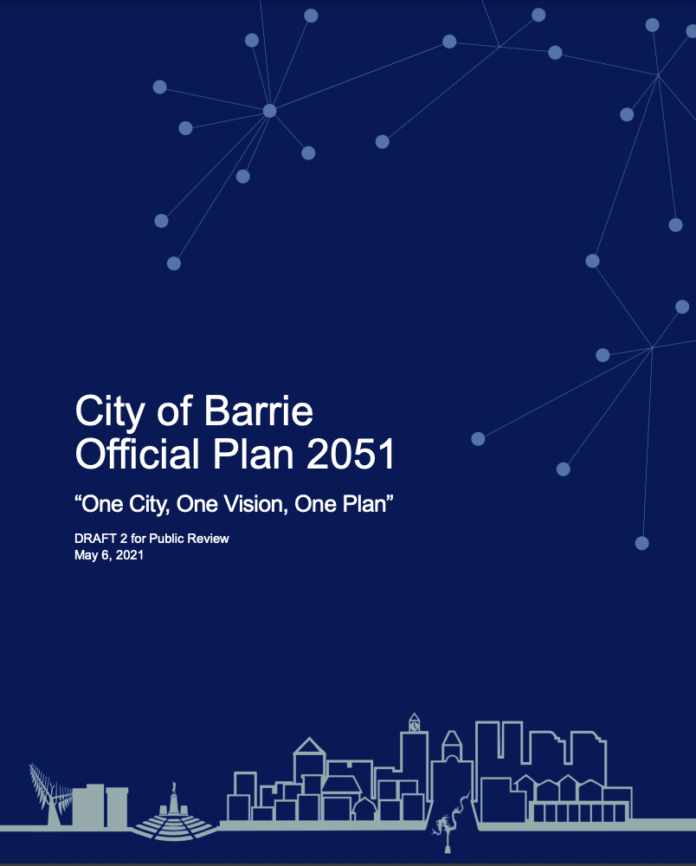 The City of Barrie has released draft two of the city’s new Official Plan and invites written feedback until June 2.

“We have been consulting with our community since the fall of 2018 and we have built the new Official Plan on the feedback we’ve heard so far,” Andrea Miller, RPP, General Manager of Infrastructure and Growth Management said in a statement. “This new Official Plan is intended to direct new growth and development to areas served well by public transit and in a manner that can enhance our natural environment and built heritage and recognizes the transition to our existing neighbourhoods.”

Based on the feedback, the second draft includes proposed changes to the Settlement Area boundary, as well as phasing to accommodate for both people and job growth into 2051.

“We encourage residents to look at this next draft of the plan and share their comments—we want to ensure we get this right,” says Michelle Banfield, RPP, Director of Development Services.

“Look at your neighbourhood, your favorite city spaces, your transportation routes, and then look at the draft Official Plan and see if the policy structure matches your vision for our city.”

How to submit feedback:

After the public consultation is complete, staff will make any necessary updates to the document and prepare the new Official Plan for release in fall 2021.

By 2051, according to the province’s direction, Barrie’s population is expected to double to 298,000 people.