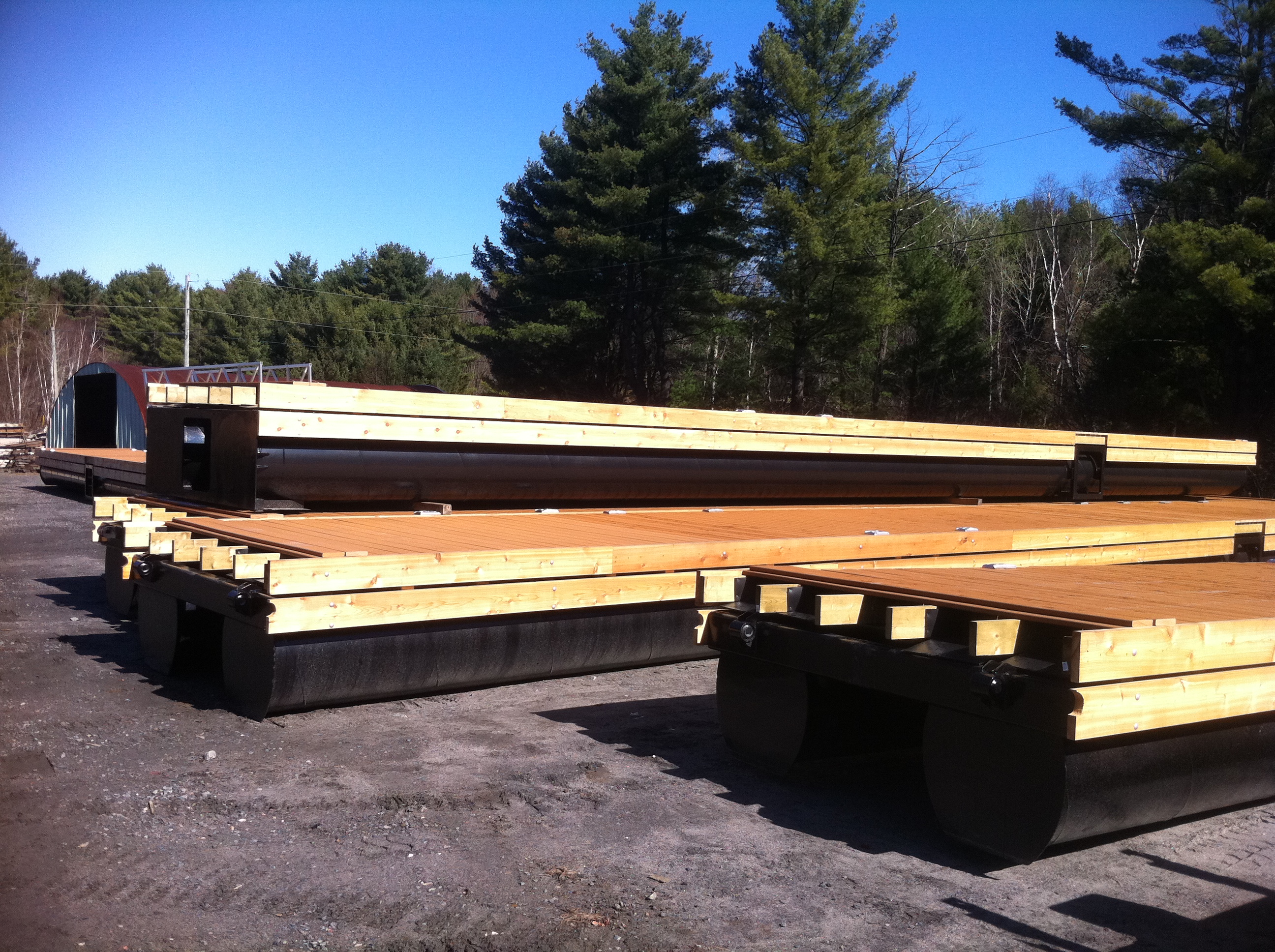 The Port of Orillia opens this boating season with a brand new $3 million dock system with expanded services and the latest in materials.

Jordan Kropf, marine sales representative for Kropf Industrial, co-ordinated the bidding process and then handled the project’s administration. “This was a turnkey replacement of the old dock system which was removed last fall,” he said.  “Our role was to install both the docks, which included 220 slips, and dock services including electrical and water connections at every slip.”

The port, which serves primarily recreational boaters, can accommodate boats up to 50 feet. The project has been scheduled for completion in late May and early June, as this issue of Ontario Construction Report goes to press.

Kropf said the new dock, made from thicker walled flotation pipes with advanced salt water epoxy coating and a composite decking made of recycled plastic and wood fibers, should have a 40-year life span, considerably longer than the old-style timber option. “This is one of the first large scale projects for this MoistureshieldTM  composite in Ontario so we’ll be watching closely to monitor its performance,” he said. “Kropf and the City of Orillia worked closely on this project, conducting research and talking with people who used this product before the final decision was made.”

Kropf calls the Port of Orillia a real jewel. “This is a beautiful location which was already a prime destination for boaters. I’m looking forward to seeing their reaction to the new system and know this will be a draw in attracting more transient boaters to the area.”